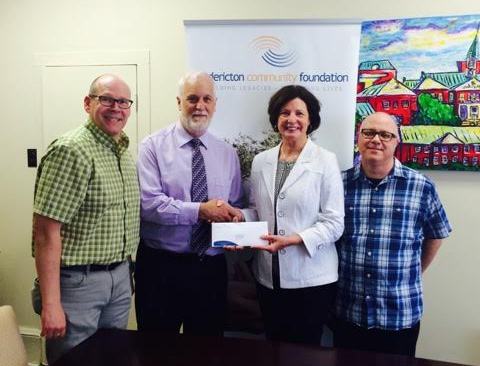 (June 23, 2015) Science East is pleased to announce it has received a five thousand dollar grant from the Lillian E. Covey Fund, held by the Fredericton Community Foundation. The grant will be used to purchase a new exhibit for Science East’s outdoor science playground.
The outdoor science playground, which opened in summer of 2001, is located immediately behind Science East’s main building and features a variety of fun and interactive exhibits demonstrating scientific concepts and learning. The current exhibits include a large-scale replica of the galleon ship found on the New Brunswick flag, a human gyroscope, giant chess and more. Each exhibit is carefully selected by Science East educators to engage both body and mind, providing opportunities to experiment with science concepts in physically active ways.

The new exhibit for the playground will be kept top secret until it is unveiled for the public. It’s expected to be installed later this summer.